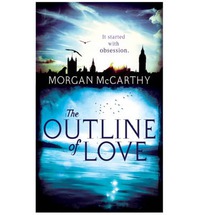 Persephone Triebold has grown up in the strange desolation of the Scottish Highlands, raised by her anxious father and memories of her dead mother. Inexperienced in the rules of friendship, sex and love, Persephone takes the opportunity to replace uninhabited mountain ranges with city life and leaves to study for a degree in London. Parties, new friends and the polluted splendour of the capital intoxicate Persephone at first, but fail to supply her with the grand passion she wants. It’s only when she meets the literary star Leo Ford, a former singer who has become a celebrated writer, that she finds someone she can love. Though Persephone succeeds in entering Leo’s circle of friends she finds him to be as elusive as he is sought after. And she becomes increasingly curious about the incident in his past of which no one ever speaks… END_OF_DOCUMENT_TOKEN_TO_BE_REPLACED