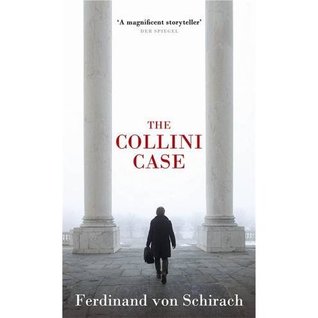 A murder. A murderer. No motive. For thirty-four years Fabrizio Collini has worked diligently for Mercedes Benz. He is a quiet and respectable person until the day he visits one of Berlin’s most luxurious hotels and kills an innocent man. Young attorney Caspar Leinen takes the case. Getting Collini a not-guilty verdict would make his name. But too late he discovers that Collini’s victim – an industrialist of some renown – is known to him. Now Leinen is caught in a professional and personal dilemma. Collini admits the murder but won’t say why he did it, forcing Leinen to defend a man who won’t put up a defence. And worse, a close friend and relation of the victim insists that he give up the case. His reputation, his career and this friendship are all at risk. Then he makes a discovery that goes way beyond his own petty concerns and exposes a terrible and deadly truth at the heart of German justice… END_OF_DOCUMENT_TOKEN_TO_BE_REPLACED