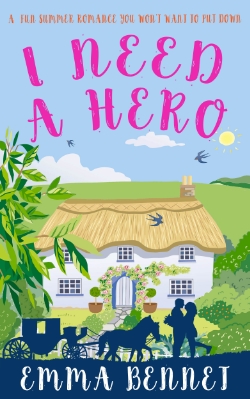 Romance writer Bronte Huntington has vowed she will never settle for anything less than ‘the one.’ When pleasant red-haired dentist Ryan moves in next door he just doesn’t fit the bill. They have plenty in common but Bronte wants nothing more than friendship with him.

Then it looks like Bronte’s dreams have finally come true when dashing Sebastian Fairfax rescues her on his horse after she has an accident in the countryside around her idyllic little cottage. Sebastian is tall, dark, handsome, and heir to a massive country estate!

But is Sebastian the one? Or will Bronte’s romantic dreams of the perfect hero turn out to be as fictional as her novels? And will Bronte’s temperamental cat ever stop getting in the way?! END_OF_DOCUMENT_TOKEN_TO_BE_REPLACED