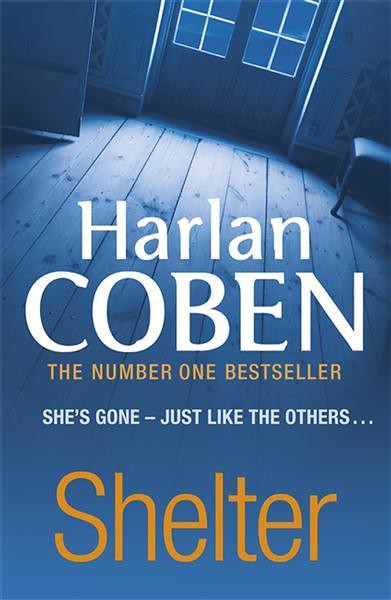 When tragic events tear him away from his parents, 15-year-old Mickey Bolitar is sent to live with his estranged uncle, Myron. For a while, it seems his train wreck of a life is finally improving – until his girlfriend, Ashley, goes missing without a trace. Unwilling to let another person he cares about walk out of his life, Mickey follows Ashley’s trail into a seedy underworld, revealing a conspiracy so shocking it will leave him questioning everything about the life he thought he knew.

I really discovered this book by accident whilst browsing in the library. I had no idea Harlan Coben wrote youth thrillers and decided to take this book home. When I brought it home, I didn’t know ‘Shelter’ was the first book in the series about Mickey Bolitar.

You may know Myron Bolitar from the thrillers Harlan Coben writes for adults. As it turns out, he’s got a nephew and of course he leads a thrilling life. After he’s lost his father and has to start at a new high school, it seems Mickey Bolitar has his life in order. But then a friend from school dissappears. As curious as he is, he needs to find out what happens to her.

‘Shelter’ is well put together and a story that not only reads quickly when you’re younger. I thoroughly enjoyed it and because the language is somewhat easier, it didn’t take me long to finish it. And then came the ending. I think people in New York may have heard me scream, because I was so in shock. And I was pissed that I didn’t have the second book to continue in. Damn it, that was quite a cliffhanger! That was a bit of a dissappointment but luckily I could borrow book two at the library fairly soon after finishing ‘Shelter’.

Apart from the major cliffhanger, I couldn’t find any flaws in ‘Shelter’ by Harlan Coben. A youth thriller that reads quickly, and certainly not only for younger people! Just make sure you have book two (‘Seconds away’) to read after this.