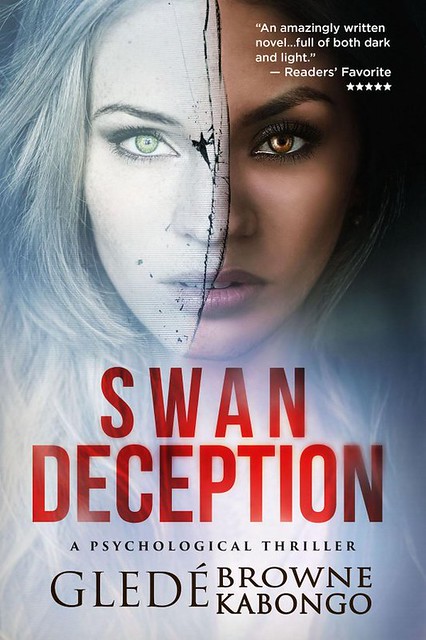 Dr. Shelby Cooper is a busy modern woman trying to balance it all—career, motherhood and marriage to an ambitious corporate power player. But there’s more to Shelby than meets the eye. One afternoon, the perfect life she has meticulously built comes crashing down when a stop by the police for a broken taillight turns into a terrifying battle for survival.

Shrewd, charismatic and untouchable, Jason Cooper is poised to become the next CEO of Orphion, a multi-billion dollar global technology company. To achieve his dream, no one must know he harbors a dark secret that could destroy his life and everyone in it.

The Coopers’ world explodes in a burst of scandal and suspicion when Shelby is arrested for the murder of a close friend. A clever psychopath with a bitter vendetta is playing puppetmaster, and has orchestrated a series of cruel hoaxes to even the score.

To unmask a killer and save his wife from a possible murder conviction, Jason must unravel the mystery of Shelby’s past. As the clock ticks, a series of stunning revelations threaten to ruin the Coopers for good. Yet nothing can prepare them for the mother of all deception—a truth so horrifying, it may leave them shattered forever.

Sometimes you discover books that are absolutely amazing, but which you would’ve just passed in the bookshop. ‘Swan deception’ is just a book like that. In the beginning you’ll wonder what to do with the story, but as soon as Shelby’s arrested, you’ll find yourself in a rollercoaster of emotions.

And not just emotions, because Shelby’s case may be different than what you think at first and that’s what I found the most interesting point of this book. There are a whole lot of amazing plot twists that you wouldn’t expect. Glede Browne Kabongo has written an original and surprising thriller that kept me interested from beginning till the end. And the ending, oh dear, I just didn’t see that coming!

It’s easy to see that Glede Browne Kabongo know her story and its characters from the inside and out, because the whole story is set up so well. All the loose ends are tied up at the end and you’ll realise that you’ve been fooled for most of the story.

Just because you don’t see everything coming, you’ll be ignorant for most of the time, but that keeps you curious as well. At one point in the story you figure out what’s going on and then you’ll definitely know what’s happening. That for me is the most important thing in a thriller and that’s what Glede Browne Kabongo did so well.

A well-written thriller surprises me at the end and has been set up quite ingenious. Glede Brown Kabongo that all that with ‘Swan deception’. You’ll go through a rollercoaster of emotions and the story has a surprising end, which makes it an amazing thriller!