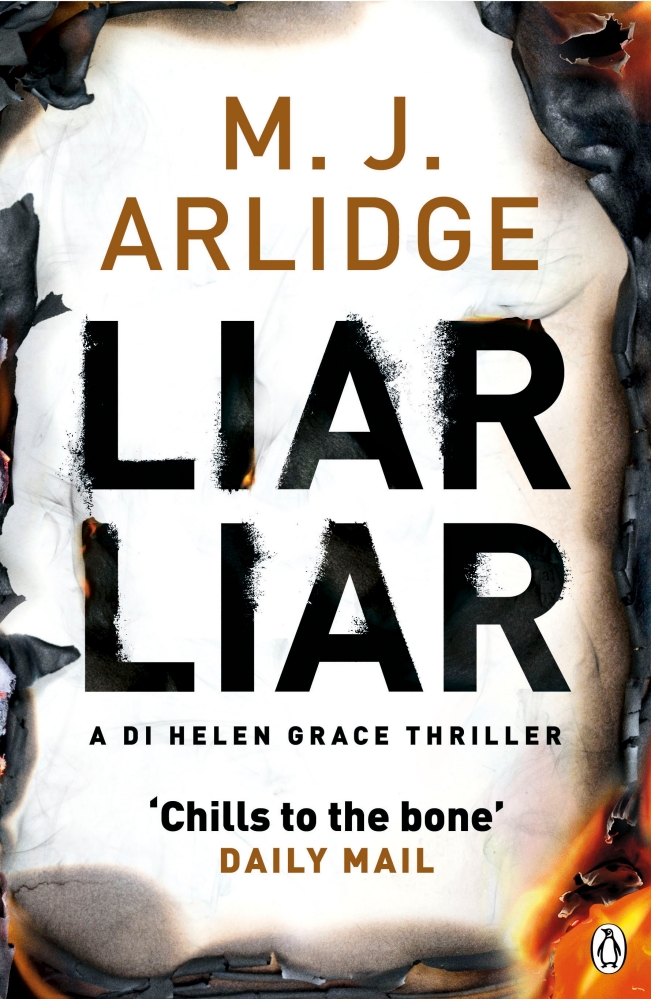 In the dead of night, three raging fires light up the city skies. It’s more than a tragic coincidence. For DI Helen Grace the flames announce the arrival of an evil she has never encountered before. Because this is no firestarter seeking sick thrills, but something more chilling: a series of careful, calculating acts of murder. But why were the victims chosen? What’s driving the killer? And who will be next? A powder keg of fear, suspicion and dread has been laid. Now all it needs is a spark to set it off.

I’m a huge M.J. Arlidge fan, his thrillers are so thrilling that I cannot put them down. ‘Liar liar’ is the fourth book in the series about Helen Grace in which the story is so fastpaced, although the short chapters do help with a thrilling story.

‘Liar liar’ for me is the best in the series so far. It’s been so well put together and the ending was so bizar and came as such a surprise to me that I really wanted to throw away the book just because I was so pissed off I didn’t see that coming. M.J. Arlidge is a king in keeping you in the blind. But apart from that, the fact that someone is setting houses on fire is terrifying, which definitely helps in the whole reading experience.

M.J. Arlidge has not only written a fastpaced thriller, we get to know more of the human side of the police in ‘Liar liar’. Helen Grace is not the only main character, her new boss Gardam and her friend/coworker Charlie play a lead part in this fourth book in the series. That doesn’t only make reading the story interesting, but there’s another layer added to the book which makes it more human.

It’s interesting to read how Charlie copes with working after having a baby, how Helen handles Gardam and herself. She’s been through quite a lot in the third book. That added layer was much more present in ‘Liar liar’ than in the other books. It feels as if M.J. Arlidge has more and more knowledge of the main characters and improved his way of writing even more.

‘Liar liar’ is for me the best book in the series about Helen Grace. M.J. Arlidge added another layer to the story but it’s still fastpaced and completely thrilling to read.