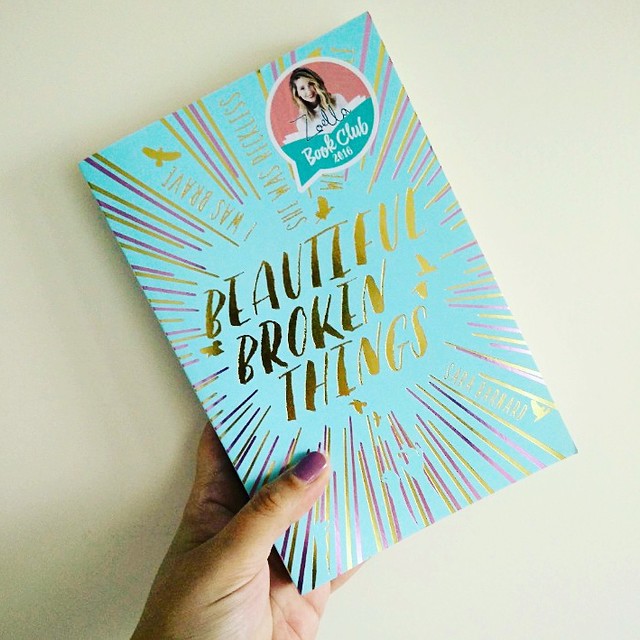 Best friends Caddy and Rosie are inseparable. Their differences have brought them closer, but as she turns sixteen Caddy begins to wish she could be a bit more like Rosie – confident, funny and interesting. Then Suzanne comes into their lives: beautiful, damaged, exciting and mysterious, and things get a whole lot more complicated. As Suzanne’s past is revealed and her present begins to unravel, Caddy begins to see how much fun a little trouble can be. But the course of both friendship and recovery is rougher than either girl realizes, and Caddy is about to learn that downward spirals have a momentum of their own.

‘Beautiful broken things’ by Sara Barnard is part of the first Zoella book club and I really only bought it just because of the gorgeous cover. The story isn’t all that pretty, because it’s really sad at the end. Suzanne has quite a difficult past and that’s why she’s become a bit of a rebellious teenager. This obviously influences Caddy who is quite brave, which leads to something quite intense at the end. What that is, you’ll have to read for yourself.

Especially the ending was quite intense, but the rest of the book was quite calm and reminded me of the standard rebellious teenage stuff. Despite that, Suzanne’s story is quite touching and the way Caddy behaves was quite recognisable. I thought it was quite a good read, maybe just because it was so recognisable.

The touching part of the book makes it quite nice, but apart from that I thought the story was quite simple. I don’t know if I’ll read ‘Beautiful broken things’ again. I do think that younger people might like it better than I did.

In the end I thought ‘Beautiful broken things’ was quite intense and a book that’ll stay with you for a while, but I don’t know if I’ll read it again.