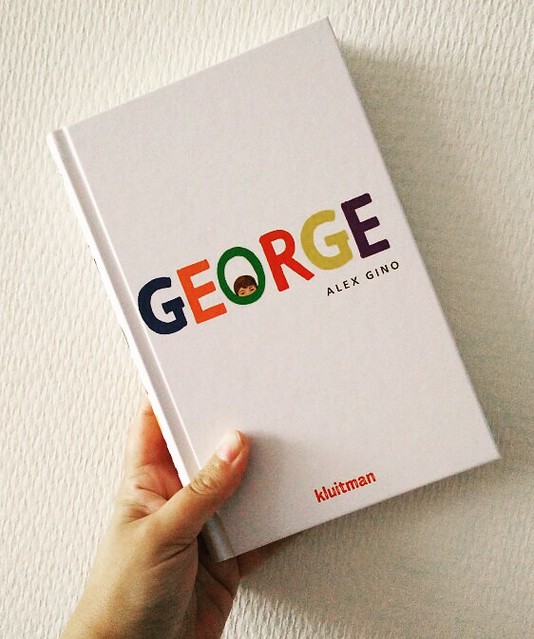 When people look at George, they think they see a boy. But she knows she’s not a boy. She knows she’s a girl. George thinks she’ll have to keep this a secret forever. Then her teacher announces that their class play is going to be Charlotte’s Web. George really, really, REALLY wants to play Charlotte. But the teacher says she can’t even try out for the part …because she’s a boy.

Recently there’s been a shift in books, where diversity gets more attention. It started with ‘Simon vs the homo sapiens agenda’, which is about a gay guy who wants to come out. Now there’s ‘George’ by Alex Gino, which is about a boy who feels like a girl.

‘George’ is a book for children, so it’s easy to read. As an adult, it’s a quick read, but still it leaves a hell of an impression. It’s very confronting to read. You read the book from the point of view of George and the adults in the book are totally stuck in their own ideas. For such a story it’s something to be expected, but I believe that in reality, it’s far worse. I have to say that I don’t know any transgenders and I cannot imagine what they’re going through. But because I read ‘George’, that’s become a teeny tiny bit easier and I believe this is a subject that has to be more out in the open.

That’s why I fully support a book like this, where such a heavy subject is being told in such a direct way. I think that kids that feel like George this book can help them a bit. The only downside to this book is that the ending came quite abrupt, I wanted to read more about George!

‘George’ by Alex Gino is a book that should be everywhere at schools and that every kid has to read. Impressive but also an eye-opener.

You can buy the book here at Book Depository.