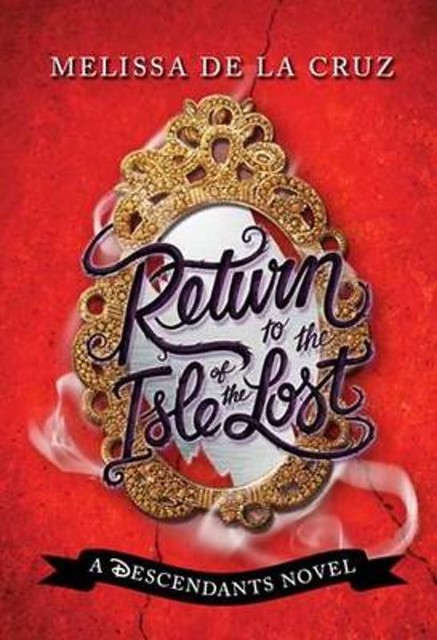 There’s no place like home. Especially if home is the infamous Isle of the Lost. Mal, Evie, Carlos, and Jay haven’t exactly turned their villainous noses up at the comforts of Auradon after spending their childhoods banished on the Isle. After all, meeting princes and starring on the Tourney team aren’t nearly as terrible as Mal and her friends once thought they would be. But when they receive a mysterious invitation to return to the Isle, Mal, Evie, Carlos, and Jay can’t help feeling comfortable in their old hood-and their old ways. Not everything is how they left it, though, and when they discover a dark mystery at the Ise’s core, they’ll have to combine all of their talents in order to save the kingdom.

Just as was the case in ‘The Isle of the Lost’, there are quite a few hidden messages in this book and at some points it’s quite gripping. I think it’s such a great idea that the bad guys and girls from the Disney movies have become parents. Their children don’t even look like them and that’s  a concept I’m loving very much.

After reading ‘The Isle of the Lost’, there’s  a bit of a gap between that book and ‘Return to the Isle of Lost’, but that shouldn’t stop you to continue reading. They’re both easy to read and both enjoyable. Truly guilty pleasures.