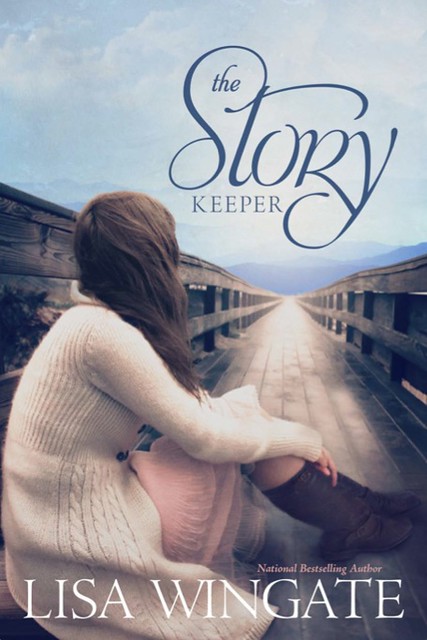 When successful New York editor Jen Gibbs discovers a decaying slush-pile manuscript on her desk, she has no idea that the story of Sarra, a young mixed-race woman trapped in Appalachia at the turn of the twentieth century, will both take her on a journey and change her forever. Happy with her life in the city, and at the top of her career with a new job at Vida House Publishing, Jen has left her Appalachian past and twisted family ties far behind. But the search for the rest of the manuscript, and Jen’s suspicions about the identity of its unnamed author, will draw her into a mystery that leads back to the heart of the Blue Ridge Mountains . . . and quite possibly through the doors she thought she had closed forever.

I really had trouble getting into this book. Jen Gibbs, the main character in ‘The story keeper’ discovers an old manuscript and you read that together with her story in the book. The story of the manuscript was really hard to get into and that was the main reason the book didn’t grab me from the beginning. Despite that, I hoped it would be better once I got more into the story and luckily I didn’t stop reading.

When I was about a quarter into the book, the story got better. Just like Jen I wanted to know who wrote the manuscript and I also wanted to know more about Jen’s past.

That past is really sad and I found it hard to read about. I won’t spoil too much of the story but I’m still in shock that people want to live like that. That element of the book was very intruiging. Other than being intruiging, the story has a little bit of romance and even a little bit of a thriller element.

Eventually, ‘The story keeper’ by Lisa Wingate ended up being quite good, despite the bad start.

Lisa Wingate wrote a remarkable book with a lot of American history in it. The start of ‘The story keeper’ was very slow, but later on the story intruiged me enough to keep on reading. The ending was touching and I’m glad I didn’t put it down.

You can buy the book at the Book Depository here.