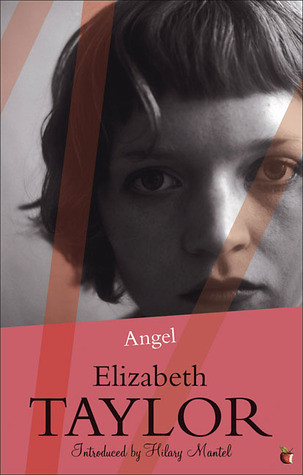 Writing stories that are extravagant and fanciful, fifteen-year old Angel retreats to a world of romance, escaping the drabness of provincial life. She knows she is different, that she is destined to become a feted authoress, owner of great riches and of Paradise House …After reading The Lady Irania, publishers Brace and Gilchrist are certain the novel will be a success, in spite of – and perhaps because of – its overblown style. But they are curious as to who could have written such a book: ‘Some old lady, romanticising behind lace-curtains’ …’Angelica Deverell is too good a name to be true …she might be an old man. It would be an amusing variation. You are expecting to meet Mary Anne Evans and in Walks George Eliot twirling his moustache.’ So nothing can prepare them for the pale young woman who sits before them, with not a seed of irony or a grain of humour in her soul.

If you read the title of the blog you may think ‘Elizabeth Taylor’? Thé Elizabeth Taylor? Nope, this writer is not the Elizabeth you may have in mind. The writer has been in the actrice’s shadow her whole life. ‘Angel’ was first published in 1957 in the UK and I’ve recently read the first (!!) Dutch translate of the book.

That’s unbelievable, because ‘Angel’ is such an amazing book. I really had to get into the story, because you do have to get used to the language, which is so obviously from the last century. But that use of old language fits so perfectly in the story.

The main character, Angel, is by no means an angel herself, she’s a horrible person and I really hated her throughout the book. But on the other hand I felt sorry for her too. What I really found so unbelievable was the way she treats the people near her, but I also kind of admired her because she truly believed in herself.

I’ve read the book more than a week ago and I still feel the hatred I felt for Angel whilst reading the book. On the other hand I thought the book was so special to read that it was amazing. It was refreshing to read about such an evil person, compared to all the other books that feature such great people. Elizabeth Taylor has always lived in the shadows from her namesake and that’s such a shame.

Despite having to get used to the older language in ‘Angel’, I really thought it was an intriguing and melodramatic story. Really amazing.