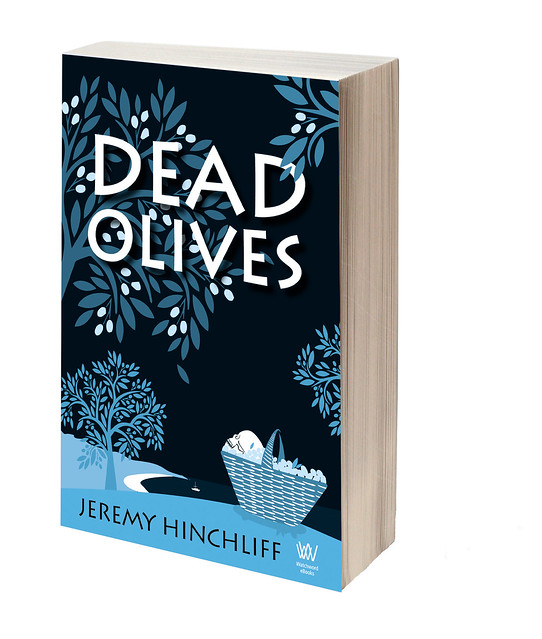 With Greece caught in the jaws of economic crisis, the lives of its people are spiralling into disarray. Sunday and Samwells ur are migrants struggling to survive in a country rife with poverty and patrolled by right-wing militias. Filoxénia is trying to carve out an independent life for herself in the city, while her beautiful sister Anássa is keeping dangerous company. Their lives are brought together by events at the FlyKing Hotel.

A theft. A shooting. And the flight of a group of migrants who all share one name. The intertwined lives of Greeks, as disparate as policemen, academics and anarchists, are exposed.

As economic and racial tensions flare, old friendships are tested and loyalties broken. Ripples from the FlyKing are felt throughout the already turbulent city of Athens and the small village of Páno Pétro.

This review for ‘Dead olives’ by Jeremy Hinchliff is part of the blog tour organized by the publisher, Impress Books.

When I read the summary of ‘Dead olives’, I really wanted to read it, because everyone knows about what happened in Greece after the recession, but not everyone knows what it was really like. That was the main reason for me to read it. The publisher described it as an exotic thriller, and that caught my attention too.

The thriller part, I missed. For me, there was no gripping part of the story, there was no suspension and sadly I didn’t really feel the need to finish the book.

I felt like I was reading a whole lot of stories in one book and at the end, when I finished the book, I missed their connection. Yes, there were some connections between the main characters, but I didn’t feel they were that big. The stories were vague, sometimes even rambling on and I often missed the point.

Maybe if it was described as a literary novel, I may have found it better. I really am interested in the stories of those who live in Greek and how hard they have found it after the economic crisis, because that must’ve been terrible. That was certainly the interesting part of the book, because you know some of the stories told in ‘Dead olives’ are based on reality.

Sadly, ‘Dead olives’ by Jeremy Hinchliff felt like a dissappointment for me. It could’t get my attention and the stories felt rambling. The subject is admirable, though and very realistic.

Thank you, Impress Books for sending me a copy for this blog tour. If you want to know more about this, please read my disclaimer.