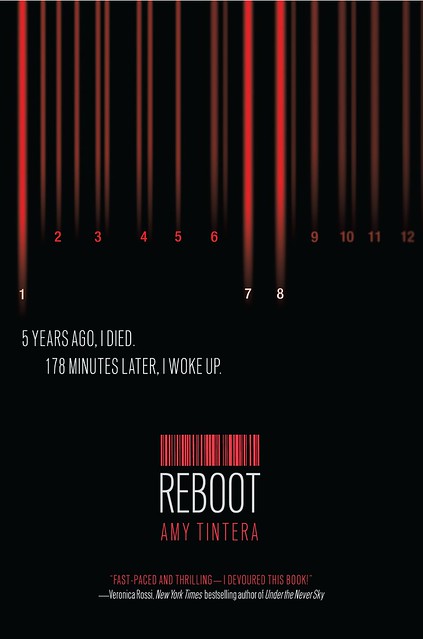 Wren Connolly died when she was twelve years old. She woke up 178 minutes later as a Reboot. The longer a Reboot is dead, the stronger and less human she becomes when she returns-making Wren 178 the perfect weapon.

Callum 22, on the other hand, is practically still human. He’s the worst trainee Wren has ever had, yet there is something about him that makes her feel alive. When Callum refuses to follow a direct order, Wren is commanded to eliminate him. She has never disobeyed before, but now she’ll do whatever it takes to save Callum’s life.

Sometimes I start books and I wonder whether I’ll like it or not. ‘Rebook’ was such a book, a futuristic YA, with which I struggled a lot in the beginning of the story. A Reboot, I have no clue what to expect or how to imagine that. And yet, there was something in the story that made me want to read. And keep reading. And keep reading. You’ll get the point, I couldn’t put this book down. At some point you know Callum and Wren are going to hook up and that’s when it gets really exciting.

And then it ends with an open ending. This is part one of the series and you’ll have to wait until the next book to find out how it ends. And that sucks so bad, because I got lost in the story.

‘Reboot’ by Amy Tintera kinda reminds me of ‘The hunger games’ and ‘Allegiant’, but that’s not really a surprise because of the futuristic element and the female lead. That doesn’t mean it’s the same old, because ‘Reboot’ really is unique.

If you love exciting futuristic YA, you’re going to love ‘Reboot’ by Amy Tintera. Very exciting with a great world-builing story. The romance just adds to the fun.