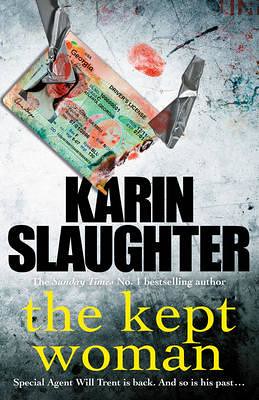 A body is discovered in an empty Atlanta warehouse. It’s the body of an ex-cop, and from the moment Special Agent Will Trent walks in he knows this could be the most devastating case of his career. Bloody footprints leading away from the scene reveal that another victim – a woman – has left the scene and vanished into thin air. And, worst of all, the warehouse belongs to the city’s biggest, most politically-connected, most high-profile athlete – a local hero protected by the world’s most expensive lawyers. A local hero Will has spent the last six months investigating on a brutal rape charge. But for Will – and also for Dr Sara Linton, the GBI’s newest medical examiner – the case is about to get even worse. Because an unexpected discovery at the scene reveals a personal link to Will’s troubled past. The consequences will wreak havoc on his life and the lives of those he loves, those he works with, and those he pursues. But Sara’s scene-of-the-crime diagnosis is that they only have a few hours to find the missing woman before she bleeds out…

Seriously, I felt like a child on Christmas morning when this book was delivered. I’m a huge Karin Slaughter fan and I’m slowly making my way through all of her books. ‘The kept woman’ is the latest book in the Will Trent series and this time it’s about a case that’s connected to his past.

From the start of the story Karin Slaughter touches you and makes you curious. You desperately want to know how all the dots connect and with every revelation in the book, you think you know the story but then it’s totally different. Karin Slaughter knows how to trick you. Little bits and pieces of Will’s past are revealed, but she adds new pieces too, which leaves you with more questions than answers. But that doesn’t know that she reveals more about Will and that’s the brilliant part of Karin Slaughter’s writing.

‘The kept woman’ is all about revealing pieces about everyone which makes you think you know them. And then something happens and you’re totally caught off guard. Karin Slaughter has an amazing talent and has been names ‘Queen of crime’ for a reason. I think it’s amazing to get caught in all her books without them getting bored or too much alike.

Karin Slaughter has written another fantastic book. I may even believe ‘The kept woman’ is the best so far. I’m already looking forward to her next book in the Will Trent series.

One thought on “The kept woman – Karin Slaughter”