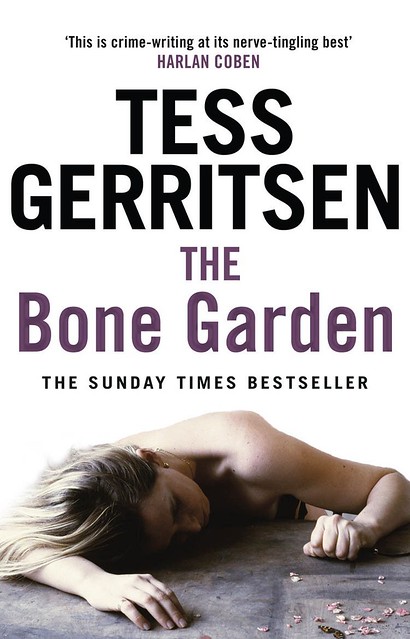 Unknown bones, untold secrets, and unsolved crimes from the distant past cast ominous shadows on the present in the dazzling new thriller from “New York Times” bestselling author Tess Gerritsen. Present day: Julia Hamill has made a horrifying discovery on the grounds of her new home in rural Massachusetts: a skull buried in the rocky soil human, female, and, according to the trained eye of Boston medical examiner Maura Isles, scarred with the unmistakable marks of murder. But whoever this nameless woman was, and whatever befell her, is knowledge lost to another time.

Boston, 1830: In order to pay for his education, Norris Marshall, a talented but penniless student at Boston Medical College, has joined the ranks of local resurrectionists those who plunder graveyards and harvest the dead for sale on the black market. Yet even this ghoulish commerce pales beside the shocking murder of a nurse found mutilated on the university hospital grounds. And when a distinguished doctor meets the same grisly fate, Norris finds that trafficking in the illicit cadaver trade has made him a prime suspect.

To prove his innocence, Norris must track down the only witness to have glimpsed the killer: Rose Connolly, a beautiful seamstress from the Boston slums who fears she may be the next victim. Joined by a sardonic, keenly intelligent young man named Oliver Wendell Holmes, Norris and Rose comb the city from its grim cemeteries and autopsy suites to its glittering mansions and centers of Brahmin power on the trail of a maniacal fiend who lurks where least expected . . . and who waits for his next lethal opportunity.

That’s one of the many reasons why I love books by Tess Gerritsen, because you know she’s a driven writer and that she does so much research for her books. Everything feels very real and doesn’t become boring or sound like a history lesson.

Tess Gerritsen’s ‘The bone garden’ is a more different thriller than what I’m used to, but that doesn’t mean it’s bad. With the gory details and well-done research, it’s again a realistic thriller, which is exciting from beginning till the end.