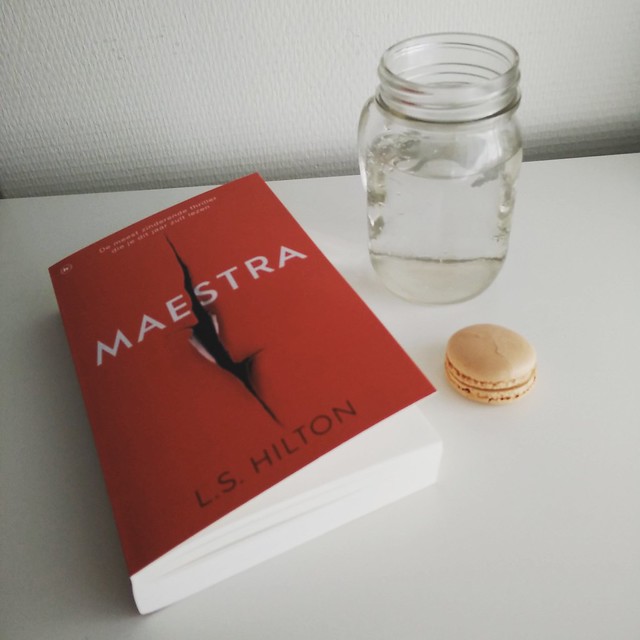 Judith Rashleigh is a put-upon assistant at a London auction house. By night she’s a hostess in one of the capital’s unsavoury bars. Desperate to make something of herself, Judith knows she has to play the game. She’s learned to dress, speak and act in the interests of men. She’s learned to be a good girl. But after uncovering a dark secret at the heart of the art world, Judith is fired and her dreams of a better life are torn apart. So she turns to a long-neglected friend. A friend that kept her chin up and back straight through every past slight. A friend that a good girl like her shouldn’t have: Rage. .

I received a press release about ‘Maestra’ and the key words in it were ‘a sensational thriller’ and ‘a psychological thriller’ and that immediately got my attention. But sadly ‘Maestra’ wasn’t sensational or a psychological thriller. I really don’t think it’s a thriller, because the elements that make a thriller, were in my opinion added just so the publisher could call this a thriller. My problem with this was that I thought the placement of these elements in the book was bad.

I didn’t connect with the main character at all, Judith annoyed me more and more throughout the book. She is a money obsessed bitch, to be perfectly honest.

I’d hoped that L.S. Hilton would add more of the art world in the story, because she would’ve gotten me with that. But she dissappointed me. Yes, it’s about fraud in the art world, but that wasn’t the main point in the book. L.S. Hilton could’ve done way better if she’d added more of that in the story, because there is potential in ‘Maestra’. I just felt that the elements that have potential, missed out because of the explicit sex scenes which didn’t do much for me in the story.

Maybe I’m too much of a prude or maybe I’d expected more of a thriller, I really was dissappointed after finishing ‘Maestra’. I really thought the potential is there, it could’ve been such a great story. If you don’t see it as a thriller, you may find it a good book.

‘Maestra’ by L.S. Hilton is really not a thriller, it lacked sensation throughout the book. The potential is there in the story, but L.S. Hilton wanted other things.

You can order the book on Book Depository.