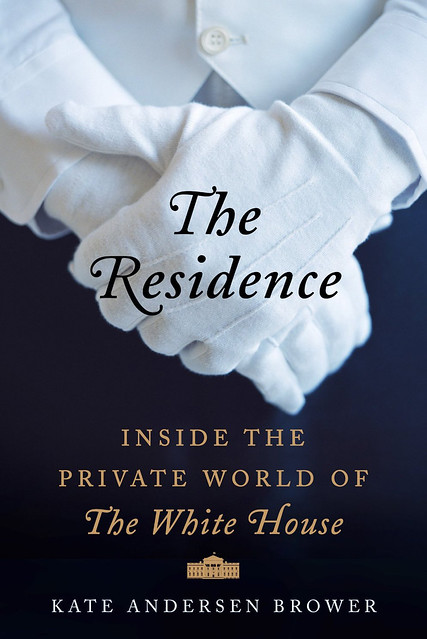 A remarkable history with elements of both In the President’s Secret Service and The Butler, The Residence offers an intimate account of the service staff of the White House, from the Kennedys to the Obamas. America’s First Families are unknowable in many ways. No one has insight into their true character like the people who serve their meals and make their beds every day. Full of stories and details by turns dramatic, humorous, and heartwarming, The Residence reveals daily life in the White House as it is really lived through the voices of the maids, butlers, cooks, florists, doormen, engineers, and others who tend to the needs of the President and First Family.

In ‘The residence’ you’ll read stories from former White House employees, who share their experiences and cute stories from the time they worked in the White House. You’ll read about all the presidents, starting with Kennedy (which also includes his murder and how people from the White House staff responded to that). Not only the murder of Kennedy, but also the Civil Rights Movement and Martin Luther King play a huge part in the book. Of course, the whole Clinton/Lewinksy affair is also being spoken about and the fact that Obama was the first African-American president, when most of the staff is African-American.

‘The residence’ gives you, as a reader, a cool peek behind the scenes and the mysterious way the White House works. Kate Andersen Brower has done a whole lot of research and she’s obviously spoken with a whole lot of former employees, many of whom have worked in the White House for thirty or forty years. There’s a lot more going on in the White House than you really think. For example, when there’s a new president inaugurated, the former president’s stuff has to be moved out and the new president’s stuff has to be moved in, all within just a couple of hours. Sometimes it’s really absurd to think about all the things that go on in the White House. Kate Andersen Brower shares that in ‘The residence’.

It’s really interesting to read about all these things, especially when you’re a huge ‘House of Cards’ fan. The only downside to the book was that it’s not chronologically written, but bundled by subject and that can be a bit confusing at times.

You’ll love ‘The residence’ if you’re a fan of ‘House of Cards’, because you’ll truly get a peek behind the scenes in the White House, as told by people who have (and sometimes still do) work there.